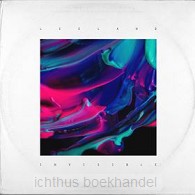 Invisible marks the first album release from Leeland (Leeland Mooring & Casey Moore) since joining the Bethel Music Collective in 2015 and their fifth full-length album as a band to date. Since 2006, Leeland has been landmark presence in Christian music, contributing multiple well-known worship songs to the global church. Unique to previous projects, Invisible takes an intentional yet light-hearted step into new territory: never before has such a bold production style led the creative process so much for the band, guiding the album's melodic and lyrical content into place. Themes of identity, joy, and freedom anchor the project. Listeners will find the jovial, pop-leaning production style both refreshing and contagious. Inspired by Philippians 3:12, the album as a whole speaks to the acceptance we have available in Jesus and how such a love compels us to become like Him. Through one colorful interpretation after another, each song directs it energies toward how beautiful and possible a deep relationship with God really is. The album's title track, "Invisible'" presents a fresh perspective toward our relationship with an unseen God. Layered with guitar and rhythm sections that tastefully nod to the 90's, this pop ballad explores how Jesus is far from invisible in our midst. The honest "Ever Love You Lord" expresses how the love of God transforms our understanding of ourselves and His nature. Written from the perspective of the Father singing over one of His own, "Dead of Night" depicts God's unconditional embrace with powerful momentum. "Son Was Lifted Up" is a passionately crafted account of the cross in all its magnitude, culminating with the lyric, "I saw love." With energy and conviction, Leeland has found new ways of expressing the simple gospel that Jesus has made a way for authentic relationship with his people. The attitude of this album will not only invigorate the individual worshipper but encourage greater creativity in the church.