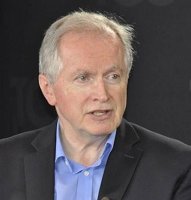 Tolerance currently occupies a very high place in Western societies: it is considered gauche, even boorish, to question it.

In The Intolerance of Tolerance, however, questioning tolerance -- or, at least, contemporary understandings of tolerance -- is exactly what D. A . Carson does.Carson traces the subtle but enormous shift in the way we have come to understand tolerance over recent years -- from defending the rights of those who hold different beliefs to affirming all beliefs as equally valid and correct. He looks back at the history of this shift and discusses its implications for culture today, especially its bearing on democracy, discussions about good and evil, and Christian truth claims.Using real-life examples that will sometimes arouse laughter and sometimes make the blood boil, Carson argues not only that the "new tolerance" is socially dangerous and intellectually debilitating but also that it actually leads to genuine intolerance of all who struggle to hold fast to their beliefs.

Review Quotes:
Bryan Chapell, President, Covenant Theological Seminary: "Thoughtfully shows how tolerance has morphed into a pervasive insistence that no one should hold firm convictions. . . . Not to hear and heed Carson is to enter a nightmarish world in which zeal to discern truth is replaced by zeal to keep anyone from claiming anything is really true."

Mark Driscoll-- Pastor, Mars Hill Church, Seattle "Sadly, the debate about Christianity has shifted from 'is it true' to 'was anyone offended.' The Bible assures us that the gospel message will be offensive, although the gospel messenger should be loving. Carson has done a masterful job of helping Christian leaders understand how to navigate a cultural context that is increasingly tolerant of seemingly everything but Christian belief."

Christianity Today: "Carson shows the structural flaws and inconsistency of modern tolerance and its fixation on opposing traditional Christianity. . . . "The Intolerance of Tolerance" is not a political jeremiad so much as a call for Christians to fight for the value of truth."

Michael Cromartie-- Ethics and Public Policy Center, Washington, D.C. : "In these highly contentious times we need a renewed understanding of the meaning of true tolerance. True tolerance means taking our deeply held convictions seriously because understanding our differences actually makes a difference. Disagreements matter. True tolerance means engaging one another with civility and respect despite our differences. It is not incompatible with firm convictions or the desire to persuade others. In this timely book D. A. Carson argues that today true tolerance is not well tolerated. He makes a passionate plea for a recovery of an older form of tolerance, insisting that the existence of disparate views is vastly different from the acceptance of all views being equally valid. Important matters are at stake here, and Carson cogently explains why they are so urgent."

Bryan Chapell-- President, Covenant Theological Seminary, St. Louis: "Nothing is more intolerant than a tolerance that requires the absence of all convictions. Don Carson thoughtfully shows how tolerance, once defined as respecting others' right to hold differing perspectives, has morphed into a pervasive insistence that no one should hold firm convictions. The consequence of such a shift is a challenge to biblical faith that needs a biblical response, which Carson ably provides. In doing so, he gives the biblical basis for true tolerance in a just society and shows the inevitable tyranny of tolerance ill-defined. Not to hear and heed him is to enter a nightmarish world in which zeal to discern truth is replaced by zeal to keep anyone from claiming anything is really true."

D. A. Carson (PhD, University of Cambridge) is research professor of New Testament at Trinity Evangelical Divinity School in Deerfield, Illinois. He is the author or coauthor of over 50 books, including the Gold Medallion Award-winning book The Gagging of God and An Introduction to the New Testament. He is general editor of Telling the Truth: Evangelizing Postmoderns and Worship by the Book. He has served as a pastor and is an active guest lecturer in church and academic settings around the world.

We live in a time when leadership and showmanship are seen as far greater virtues than humility and meekness. Even the church has often got it backward.

And in Paul's second letter to the Corinthians, he confronts similar problems in the first-century church. D. A. Carson believes we can learn valuable lessons from Paul's letter about what it really means to be a mature Christian in the face of adversity.

In A Model of Christian Maturity he takes the reader step by step through an exposition of 2 Corinthians 10-13 and then helps them apply these Scriptures to everyday life in the church. Perfect for pastors, students, and laypeople, this book highlights the power of weakness in the life of the Christian.

It's time to reclaim the core of our beliefs...

Important aspects of Christianity are in danger of being muddied or lost as relativism takes root in our churches today. What was historically agreed upon is now readily questioned and the very essentials of the Christian faith are in jeopardy. It's time to reclaim the core of our beliefs.

To that end, D. A. Carson, Tim Keller, Kevin DeYoung, and other influential leaders have created this volume to defend the traditional gospel and to strengthen the church.

The Gospel as Center will help you join in the movement--the movement dedicated to a Scripture-based reformation of ministry practices and the centrality of the gospel--and stand united under the conviction that what holds us together is worth fighting for.

D. A. Carson (PhD, University of Cambridge) is research professor of New Testament at Trinity Evangelical Divinity School in Deerfield, Illinois. He is the author or coauthor of over 50 books, including the Gold Medallion Award-winning book The Gagging of God and An Introduction to the New Testament. He is general editor of Telling the Truth: Evangelizing Postmoderns and Worship by the Book. He has served as a pastor and is an active guest lecturer in church and academic settings around the world.

Timothy Keller was born and raised in Pennsylvania and educated at Bucknell University, Gordon-Conwell Theological Seminary, and Westminster Theological Seminary. He was first a pastor in Hopewell, Virginia. In 1989 he started Redeemer Presbyterian Church in Manhattan with his wife, Kathy, and their three sons. Today, Redeemer has more than five thousand regular Sunday attendees, plus the members of more than one hundred new churches around the world. Also the author of Counterfeit Gods, The Prodigal God, and the New York Times bestseller The Reason for God, he lives in New York with his family.

Thabiti M. Anyabwile is senior pastor of First Baptist Church, Grand Cayman Islands. He holds B.A. and M.S. degrees in psychology from North Carolina State University. A former high school basketball coach and bookstore owner, Anyabwile is a contributing writer to 9Marks. He and his wife, Kristie, have two daughters.

Bryan Chapell is the bestselling author of numerous books on Christian ministry and life. Christ-Centered Preaching and Christ-Centered Worship are standard seminary texts; Holiness by Grace, Each for the Other, and Praying Backwards have helped thousands find greater joy and fulfillment in the grace of Christ. Bryan has been a pastor and president of Covenant Seminary for almost twenty years. He and his wife, Kathy, have four children.

Andrew S. Davis, PhD, HSPP, is an Associate Professor of Psychology at Ball State University, Muncie, IN, and the Clinical Director of Neurobehavioral Health, a neuropsychology practice located in Muncie, IN. He has published or presented well over 100 scholarly works in the fields of neuropsychology and school psychology. His research interests are primarily focused on applied and theoretical aspects of clinical neuropsychology. This includes the neuropsychological functioning of neurologically and psychiatrically impaired individuals and psychometric issues in neuropsychological assessment. Dr. Davis's current research interests include the relationship between cortical and subcortical sensory-motor functioning and higher-order abilities, predictors of early reading ability, executive functioning, and neuropsychological variables in patients with ADHD, Multiple Sclerosis, Dementia, and Fetal Alcohol Syndrome. He is the current coordinator of the Neuropsychology in Schools Special Interest Group of the National Association of School Psychologists. He has authored over 30 book chapters and peer-reviewed journal articles, guest-edited journal issues, and is the editor of the recently published "Handbook of Pediatric Neuropsychology".

Duncan, J Ligon, III is the senior minister of First Presbyterian Church, Jackson, Mississippi. He serves on the Council on Biblical Manhood and Womanhood and the Alliance of Confessing Evangelicals.

Richard D. Phillips (M.Div., Westminster Theological Seminary) is the senior minister of Second Presbyterian Church of Greenville, South Carolina. He is a council member of the Alliance of Confessing Evangelicals, chairman of the Philadelphia Conference on Reformed Theology, and coeditor of the REC series.

Philip Graham Ryken (Ph.D., Oxford) is President of Wheaton College in Wheaton, Illinois. He is Bible teacher for the Alliance of Confessing Evangelicals, and can be heard weekly on the radio broadcast Every Last Word. He has written or edited more than thirty books including The Message of Salvation, The Doctrines of Grace (with James Montgomery Boice) and Ryken's Bible Handbook.

Colin Smith is Senior Pastor of The Orchard Evangelical Free Church in the northwest suburbs of Chicago. His preaching ministry is shared through the daily radio program, Unlocking the Bible and through his website, UnlockingtheBible.org.

Sam Storms desires to see the Word and Spirit united in the lives of all believers. He is associate pastor at Metro Christian Fellowship in Kansas City, Missouri. Sam also serves as the president of Grace Training Center, Metro Christian's Bible school. The author of numerous articles and books, he contributed to ARE MIRACULOUS GIFTS FOR TODAY? FOUR VIEWS (Zondervan). His most recent title, THE SINGING GOD: DISCOVER THE JOY OF BEING ENJOYED BY GOD (Creation House), has also been printed in England. Sam ministers both locally and abroad through church conferences, and has been featured on numerous radio programs. He and his family live in Grandview, Missouri.