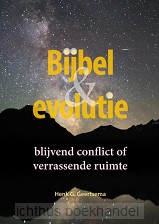 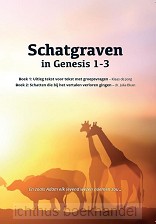 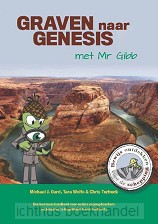 Many books aim to help beginners explore whether or not evolutionary science is compatible with Christian faith. This one probes more deeply to ask: What do we learn from modern evolutionary science about key issues that are of special theological concern? And what does Christian theology, especially in its Reformed expressions, say about those same key issues?

Noted theologian Gijsbert van den Brink begins by describing the layers of meaning in the phrase "evolutionary theory" and exploring the question of how to interpret the Bible with regard to science. He then works through five key areas of potential conflict between evolutionary theory and Christian faith, thus covering all relevant issues, spelling out scientific findings and analyzing Christian doctrinal concerns. His conclusion: although some traditional doctrinal interpretations must be adjusted, evolutionary science is no obstacle to classical Christian faith.

Gijsbert van den Brink is Professor for Theology and Science at the Faculty of Theology, VU University Amsterdam, and is an ordained minister in the Protestant Church in the Netherlands. He is author of Philosophy of Science for Theologians and coauthor, with Cornelis van der Kooi, of Christian Dogmatics.

A Dutch version of this book was published as: En de aarde bracht voort. Christelijk geloof en evolutie (Utrecht: Boekencentrum, 2017; 5th edition 2018). This Dutch counterpart is based on a translation and adaptation of the English text.

Chapter 3 Evolution and the Interpretation of Scripture
3.1 The Bible and Modern Science
3.2 The Search for Harmony: Concordism
3.3 Beyond Category Mistakes: Perspectivism
3.4 Where Science and Christianity Overlap: History
3.5 In Search of Cocceians

Chapter 5 Common Descent and Theological Anthropology
5.1 Introduction
5.2 A Reformed Concern?
5.3 Human Dignity and the Challenge of Evolution
5.4 Animals in the Image of God?
5.5 Human Uniqueness as a Theological Category
5.6 Why We Are Still Special

Chapter 6 Evolution and Covenantal Theology: Adam and the Fall, Original Sin and Salvation
6.1 The Covenant as a Reformed Key Concept
6.2 The Scientific Story of Human Origins
6.3 Genesis 2-3 and the Historical Adam
6.4 The Fall: Biblical and Theological Backgrounds
6.5 The Fall and Original Sin in an Evolutionary Context
6.6 Human Death as the Wages of Sin
6.7 The Scope of the Christian Message of Salvation

Chapter 9 Any Other Business?